Joel Murphy and Andy McIntyre watch maligned movies and find their silver linings. For the month of June, they are getting fast and furious.

They are joined by improviser Jason Herbert to discuss Fast Five, the film that added Dwayne “The Rock” Johnson to the mix and pivoted from petty car theivery to a high-concept Rio heist.

Joel Murphy and Andy McIntyre watch maligned movies and find their silver linings. For the month of January, they are watching good actors in bad movies.

This week, they watch Wonder Woman 1984, the new superhero film that was released on HBO Max and in theaters the same day. They try to figure out where things went wrong in the follow up to one of the struggling DCEU’s strongest film.

Celebrities are used to being the center of attention. Their wardrobes, daily routines and random musings become fodder for paparazzi. But with a global pandemic shifting priorities and everyone quarantined at home, people seem less interested in celebrities these days, which has caused them to seek attention in bizarre ways.

Joel Murphy and Lars Periwinkle discuss Gal Gadot’s “Imagine” video, Ellen comparing her mansion to prison and all of the other ways celebrities are desperate for attention in these trying times. They also talk about Quibi’s lackluster launch and the closing of UCB New York.

People react to Fight Club‘s surreal and bizarre ending in a variety of ways. But whatever your reaction was as the credits roll, chances are you weren’t thinking, “This sets things up perfectly for a sequel.” Regardless, Chuck Palahniuk recently told Hustler that he plans on developing a graphic novel sequel that will feature an older narrator and Marla Singer raising a child together and struggling with the monotony of married life. Joel Murphy and Lars share their thoughts on this unexpected revelation. 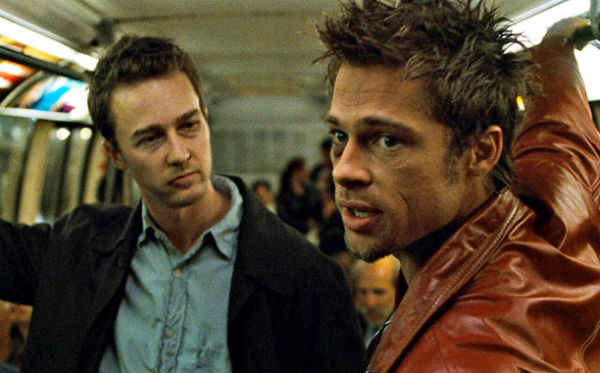